I often hear that British Asian people are well respected in their South Asian homeland, be it India, Pakistan or another nation.  Although, the respect that is shown is indeed a good thing, I often wonder the reasons behind it.  Is it because we (as British Asians) have survived in a foreign nation which was one time alien to us?  Is it because we have sacrificed our homeland, and travelled to a place for economical reasons, so that those (often referred to ‘families back home’) who were left behind could have a better standard of living?  Or is it because, by showing us respect they could win us over, show trust in us so that we may have sympathy for them and as a result we make arrangements, and often go out of our way to help those who appear to be in need.

Whatever the reason, we continue to show equal amount of respect – despite on occasions knowing the real intention for those who require our help.  That said, our British Asian community are not all innocent in with their intentions and dealings with those people who require our help back in the so called ‘home land’.

Let’s take for example this couple:  Ilyas Ashar and his wife Tallat Ashar.  This couple from Eccles, Greater Manchester trafficked a deaf girl of the age of 10 into Britain and kept her as a slave for nearly a decade.  During her ordeal living as a servant and slave, she was repeatedly raped as well as beaten and locked in the basement every night.  The basement served has her sleeping place, with no bed just a concrete floor.  Without access to either water or a toilet in the basement, she suffered mentally as well as physically, despite having disability she received no sympathy from her ‘owners’.  You can read more on this here, here and here.

The girl was never paid despite being made to cook, clean and do the washing, the court heard.She was also allegedly forced to clean the houses and cars of the couple’s family and friends.Mr Cadwallader said: “She was physically abused. She was sexually abused, which included being raped by Ilyas Ashar.”She was exploited economically, in that benefits, state benefits in this country, were obtained in her name, the money being kept by the Ashars.

“At night the door at the top of the stairs down to the cellar was locked and bolted so she could not get out during the night.

“There were no washing or toilet facilities in the cellar so that if she needed to use the bathroom during the night she had to bang on the cellar door in the hope that she was heard and the door opened.

“On other occasions, during the day, presumably when she displeased Tallat Ashar, she was pushed into the cellar, pushed down the stairs and the door locked.

“She would sit there for hours crying and locked in.”

The girl knew no one in Britain, had never been schooled in either country and cannot read or write.She was only taught to write her signature so her name could be used to claim benefits, it is alleged.Both defendants deny two counts of human trafficking into the UK for exploitation and a single count of false imprisonment.

Ilyas also denies 12 counts of rape, Tallat denies one count of sexual assault and unlawful wounding and the pair along with their daughter Faaiza, 24, deny charges of benefit fraud.

This reminds me of an post by a fellow blogger Bikram who not so long ago wrote about a similar problem identified in London.  The title of his blog post is ‘London dreams sad heart breaking’ which I strongly suggest you read.

In this instance, this girl had her entire childhood taken away from her, her teenage years where systematically and culturally raped from her and as a consequence her entire life has been traumatised.

What makes matters worse that the community in which this evil couple lived stayed quiet and unresponsive to this terror that was inflicted on this poor child.  I feel disgusted, ashamed and angry towards this couple, their immediate family, relations and friends – but more importantly the wider community who turned a blind eye for over a decade knowing full well of the treatment of this child.  If anyone has questions along the lines that ‘maybe no one outside of this household knew what was going on?’ well let me bring them to the reality of British Asian community – news spreads like fire, affairs of British Asian families are not secret within the same community, so that theory of no one else knowing simply is false and almost impossible to imagine.

Is this a moral decay of our British Asian community or are we just not able to cope with the growing influence of our status as British Asians in our foreign home?

Nonetheless, I firmly believe as respectable and responsible British Asian Community we need to uproot such illnesses from within us, we need to show those who brought us to this country and this part of the world, that we are capable of appreciating their sacrifices and hard work to bring about a better society which they dreamed of achieving. 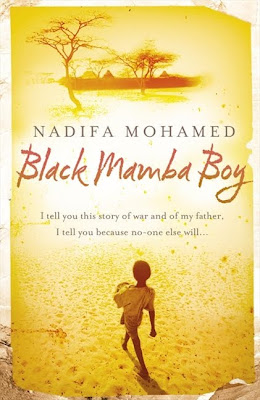